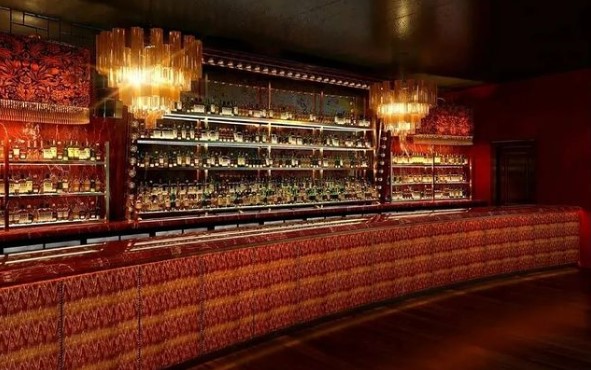 The 120-year-old venue, which has been closed for three years following a rooftop blaze in 2019 has undergone a three-year £70 million redevelopment.

Canadian indie rockers Arcade Fire will deliver a special sell-out gig marking the release of their forthcoming album We.

Owner Olly Bengough said its reopening will be a “special moment” in Koko's long musical history.

Bengough said: “When you know Koko as well as I do, we do unpredictable very well.

“Like Kanye West calling up at 5pm and saying, ‘I want to play tonight’, or Prince doing six-hour shows.

“Arcade Fire is in the same vein where we have a festival headline act who are just going to blow the roof off the place.

“They are going to do something quite special, and it will be another one of those iconic moments.

“There is a reason why they headlined Coachella. They are one of the biggest indie rock acts in the world.

Koko closed in 2019 for refurbishment and was covered in scaffolding at the time of the headline-grabbing blaze in January 2020, which destroyed its famous copper dome.

The redevelopment has now incorporated three buildings – the original Grade II listed Victorian theatre from 1900 – plus two adjacent buildings, a former piano factory dating from around 1800 and the Hope and Anchor pub, which was a favourite of Charles Dickens.

Madonna, Amy Winehouse, The Rolling Stones and The Cure, are among a long list of artists who have performed at the venue of the years.

Bengough bought the rundown venue in 2004 when it was called Camden Palace and spent years turning it into Koko which "had an amazing 15 years".

“Second time around, I think it is a really firm part of Camden’s culture and actually more importantly London and UK culture.”

We continue to operate all our sites in a safe and COVID Secure manner, in line with the UK Government Guidelines and CLC Site Procedures v7. The safety and wellbeing of our Staff, Clients, Consultants and Suppliers will always be our main priority and we are continuing to adapt to the constant change in circumstances.

Our sites have introduced repeat testing for all operatives, staff and visitors. This is in addition to the procedures we have already implemented relating to social distancing, additional PPE, reducing visitors and increased hygiene and cleaning measures.

The Make One Group Head Office is closed during this period with all office staff working remotely. If you have any queries, we are still contactable via email, mobile and our office number, 0207 464 4280.